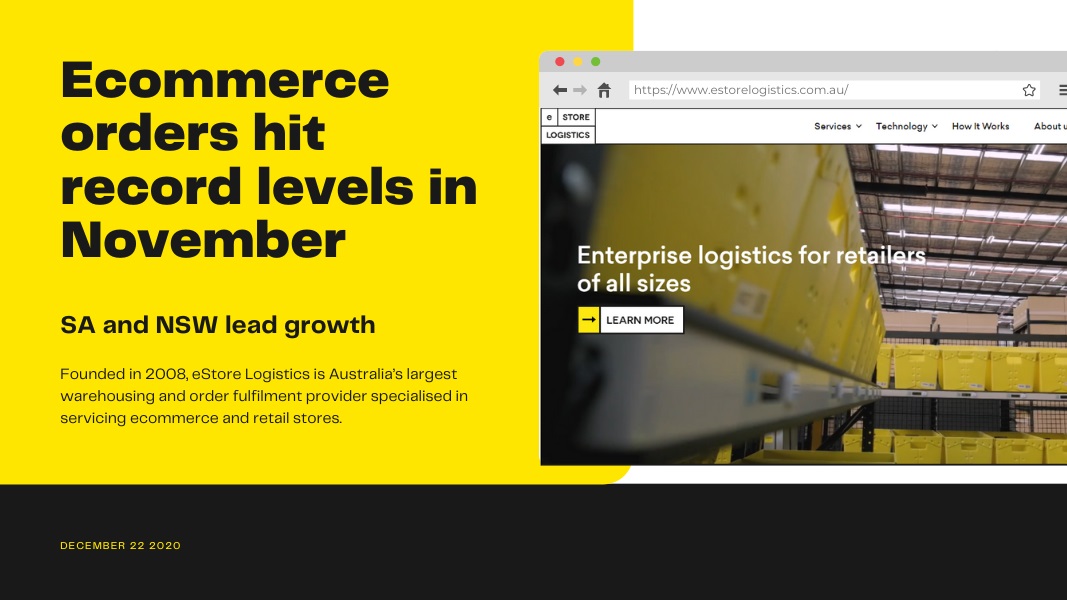 eStore Logistics’, which is the warehousing and fulfillment provider of choice for the likes of Kogan.com, Temple & Webster, MyDeal.com.au, and Patagonia, shipped over one million items from 500,000 customer orders in November, a new record. NSW, QLD and SA all recorded three months of consecutive year-on-year order growth with shoppers in all three states leaping into Black Friday to make November a boom month:

eStore Logistics’ data also reveals that the top performing retailers in November were:

Leigh Williams, Managing Director, eStore Logistics, said: “Before COVID-19, Australian ecommerce was growing at 20 percent year-on-year, but the introduction of lockdown restrictions really poured on rocket fuel. During this time, millions of new customers were introduced to the benefits of ecommerce and while it’s natural that some of those have returned to visiting their favourite stores, it’s clear that online retail is not going away.

“While Black Friday was a big factor in making November our biggest ever month on record, you only have to look at the consistent year-on-year order growth in New South Wales, Queensland and South Australia, which have been out of lockdown since August, to see that shoppers aren’t going to stop buying things online. Our distribution centres are buzzing and our customers are struggling to replace stock quick enough – this all bodes well for ecommerce retailers in 2021.”